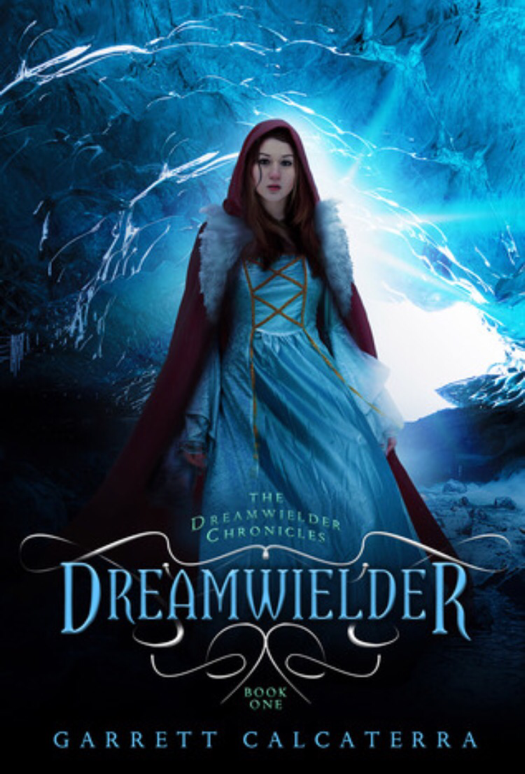 Series: Dreamwielder Chronicles
Author: Garrett Calcaterra
Genre: Fantasy
Rating: 3 out of 5 stars
There are so many great things about Dreamwielder and yet I am only giving it 3 stars (maybe this is like 3.25 stars). The characters, plot, world building and magical system are wonderful. They could easily come from any high-end fantasy book. Author Garrett Calcaterra of Dreamwielder (the first book in the Dreamwielder Chronicles) is clearly talented. Right up until you need him to describe a building or scene; or show you what is happening….
Give me more cowbell!
Really good fantasy books require some intricate descriptions. I’m not talking about 10+ pages about rocks (ugh Emyn Muil) but there has to be some sort of substance to the descriptions. If I’m in a throne room numerous times which is enthralling to the characters then I’d like to be able to see it in my head. Instead it was as if it was a generic “Lightbringer” throne room.
Here’s an example of a lack luster description: ”…the ceiling of the throne room was vaulted, and there was a high balcony lining the rear and side walls, but apart from that it was similar in size and layout to the throne room in Castle Pyrthin.”
That’s it? I want sooo much more; what are the colours, what’s on the tapestries, what does the throne look like, how big is it, are there windows, is it intimidating, etc. I started (by the halfway point of the novel) rewording the sentences to have descriptions in them that incorporated more of the plot, what characters were seeing and descriptions.
Even a phrase like (forgive my bad writing) “Not unlike Castle Pyrthin the vaulted ceilings, held up by stone columns, gave the room the impression of being larger than it was. As Caile walked towards the throne he realized that the man on the small, but ornate, gold throne didn’t fit in with the elegant royal purple tapestries which depicting epic fights and sorcerers of great power flinging their blue balls of magic in battle. The Emperor instead appeared…”
Yes I made up those details, because in my head that’s what I started to do when given no descriptions of the settings. I just wanted so much more!
Simply put, I wanted someone like Robin Hobb, Brandan Sanderson or Elizabeth Haydon to have written this story because it could be a rich, intriguing and intricate fantasy story. Instead Calcattera gives us a glimpse into what could be an intricate, intriguing and impressive fantasy world and then lets us down with mediocre descriptions and not enough showing.
Yes I really mean it, give me more!
Now, I know what you’re thinking… “Mel, are you saying you wanted this book to be longer?” Yes!! There’s a first time for everything (lol). I wanted to be immersed in this world where we swap characters points of view and split up only to reunite characters later on. It’s an absolute tragedy to me that there is sooo much good stuff here and yet the core base of what makes a book readable and immersive is missing.
The characters, plot and world are more than good enough that I will read the next book in the series; but I suspect I will be re-writing it with descriptions in my head as well.
Genre
I know this is listed as a young adult book, and yes it’s suitable for a young adult. But I think it’s mis-categorized. This is really an epic high fantasy book that just needs a good fantasy treatment added to it. What I mean is that I want it to feel grander than it does right now. Again, I just think there’s so much more Dreamwielder could be. I’d hate to see Calcaterra stay at this level of writing because I think he can be so much more than he is. That’s not to say YA books aren’t good (I personally love them); it’s only to say that Dreamwielder feels bigger and I want a lot more out of it so an epic fantasy treatment feels like the way to go here.
In Conclusion
I’m a broken record by now because all I can say is give me more! Calcaterra should re-write this with a more adult audience in mind, add-in descriptions to flesh out this world, and overall step up the writing to a more show and less tell approach. If this was to happen I honestly believe there is a promising future for not only Dreamwielder but Calcaterra himself.
If I could afford to I’d hire him a big-time editor and copy-editor from TOR or Orbit to work with Calcaterra and make this the grand story it deserves. In the meantime I’ll be moderately content with what I have and keep hoping that a larger publishing house sees what I do in this wonderfully set-up series.

I know a lot of readers thing books should be shorter, and it drives me NUTS. There's nothing I like better than an epic book. Give me a thousand pages of fantasy, or romance, or whatever, and I'm a happy camper. I like involved and complex stories, with lots of action and lots of characters, so I guess I'm not a NORMAL reader. Well, lol, what a SHOCK!!! Sounds like I may need to look this book up, and see if I feel the same way you do!

That sounds frustrating! Me, I enjoy detailed descriptions, but then my brain will immediately forget all about them and make up its own details. Which can be very irritating when books get turned into movies and I don't know if I can complain that nothing looks the way I imagined (because they ignored the book to) or if it's on me.