Book Review: The End of the World Running Club 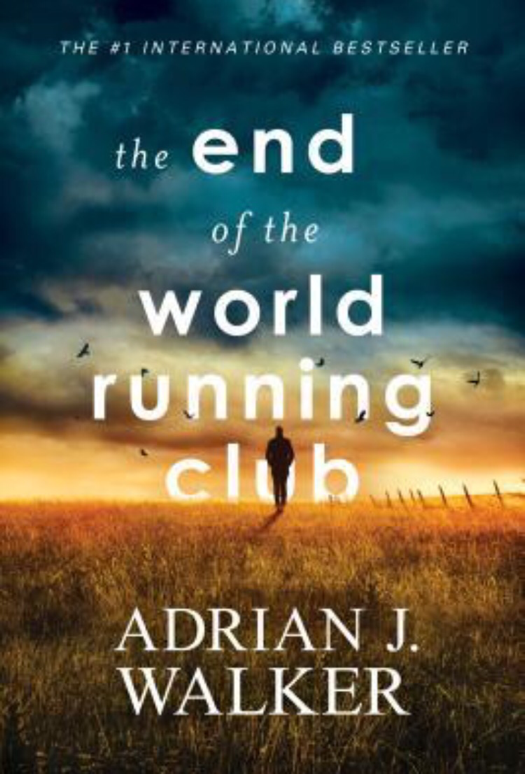 The first four chapters would make an amazing short story about an asteroid(s) impact on Earth. I rate those four chapters 5 out of 5. And then the rest of the book comes... and ruins the magic.

The world is scorched, people die, horribleness ensues, and through it all our annoying, whiny lead character (an overweight, disengaged father of 2) leads us on his painfully boring trek.

I'm actually not sure why I kept reading The End of the World Running Club to the end. So let's look at what was good and what was bad.

1) Like I said the first four chapters are fantastic. I absolutely loved them. Read them and make up your own ending.

2) The title, The End of the World Running Club, is clever given where the book heads. I do appreciate the sarcasm and irony that is used throughout the world ending story.

3) I loved that the lead character is an average 30-something man, Edgar. A father to two small children, with a wife, a moderate house, and a job he goes to because he must. He's the archetype of the regular middle class Joe existing in a first world society.

4) The end is a perfect combination of victory and sadness. A way to resolve a story such as this without coming out too optimistic is difficult and I do appreciate that Adrian J. Walker resisted the urge to tie it all in a bow.

Are you ready for this? The four things that were great are also the same four things I hated. Let me explain:

1) It is so frustrating to read four chapters of brilliance and then wait for that magic during the last 3/4 of the book. Only to realize as you approach the end that his boring, annoying dribble of a story is all you're going to get after the amazing start. Makes the rest of the book feel worse than it probably is.

2) In most running clubs you, you know, run. While a small part of this book is certainly about running (and it's clear our author has experienced a runners wall, high and all the emotions and pains that come with it); the reality is it's really just your average the world went to hell the moment we lost amenities book. The attempted scary, philosophical mini side stories fall flat. It's so sad to me that Walker created a world where so many things could be done and instead there is no depth to these events.

3) Edgar is the most annoying man ever. He constantly complains, gives up and is really lucky to have people with smarts and perseverance around him. I guess while I think I want books about regular people in extraordinary situations maybe I'm totally deluding myself. Maybe I read a lot of sci-fi and fantasy because I want exceptionally competent and capable characters..? All I know for certain is that Edgar made me want to throw him off a cliff; instead of cheering him up the cliff.

4) I am not a fan of a book that has you believe one premise throughout the entire book; only to throw that awry at the end. There was absolutely no reason for the moment of possible uncertainty that was written in. It's like it was put there because book clubs would salivate over it; not because it made sense to the story or added to the ending in any way. Additionally it felt forced and that is a huge pet peeve for me. Endings should make sense. There can be twists or reveals, of course, but they need to make sense and feel natural.

Maybe I've just read too many post apocalyptic books lately... or maybe I've just read the best of the best and now no one will ever measure up to Station Eleven (read it if you haven't; amazing piece of literature!). I was moved by Station Eleven, excited to tell everyone I knew about it and loved the side stories and philosophy. In this book the most moved I felt was to close the book and do something else.

Overall I'm not convinced that Edgar ever felt a genuine emotion towards anyone in his family, running club or whatnot. I'm not even sure he felt emotions about himself. When I should have been crying over events that happened I just felt 'meh'. When I should have felt joy and awe, I felt 'meh'. And when I should have been afraid for our characters and their safety I mostly wanted to cheer for the crazy people they were encountering because then maybe the story would end sooner. This just didn't do it for me. Call me out for being a hypocrite, I'm okay with that. Apparently a story about a boring person who barely feels emotions himself meant I just never had any emotions either (except ones that involved being frustrated and annoyed).

But seriously read the first four chapters and then imagine your own end; because they are brilliantly put together. And because the actually journey to the end is just a bunch of running, crazies and a whole mediocre mess of nothing.

Starting of so strong and then just getting frustrating...people just don't dare to release anything unter 300 pages anymore (and by people, I mean both authors and publishers) and than this is what we get. Still, sounds like an interesting concept, this book...