End of March already, where does the time go.

I got some good time last weekend into Dragons and am quite pleased to be just over halfway through the page I'm working on. Pics to come soon!

As for what I bought this month; a few things in some different areas. 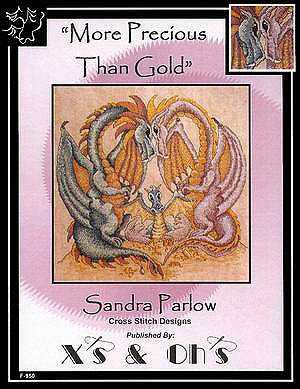 I got a couple eBay patterns for nice and cheap. Including this one that I just love!

And more Ink Circles. The latest is Lunation (shown below). I got the chart and threads for this. I have a piece of fabric I think will be just perfect for it in my stash. I really need to stop buying Ink Circles and actually stitch some of them, lol. But I swear she reads my mind and creates patterns that are just perfect for me! It was pointed out to me by an Aussie that it was really nice to have two different views of the world and not just North America to stitch. I never would have thought of this and say that I love the attention put into this piece to make it internationally friendly. 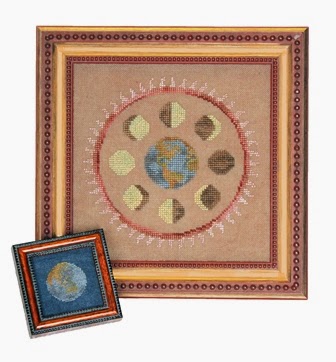 So total spent on eBay items (there are about 10 new charts. I know smack me now) and Lunation is $46.11 this month. Thank goodness I have carry over from February!
I'm going to try and avoid eBay a little bit more this month (April). As sometimes I think I buy things on eBay because they are a "great deal" and not because I must have them in my stash. So time to start being picky on eBay the way I have been with new stuff.

Hope you're all doing well. I'm still working through the SFS March updates and newsletter for those in the group will be out by next weekend. I'll share some tips and links here on he blog next weekend for everyone following along as well.

Me? I'm not loving March... I never do. I just want to buy stuff!!! But I already have some bids on eBay that will take up budget and I just don't want to be in debt to future months as I think that would be way worse.

So let's talk about my latest loves... maybe you can convince me out of them? (or faun over how much you love them too).
I really don't need anymore continuous patterns for a year set. I don't know why I love them so much, like cottages, and then have nothing to do with them... but damn they draw me in. 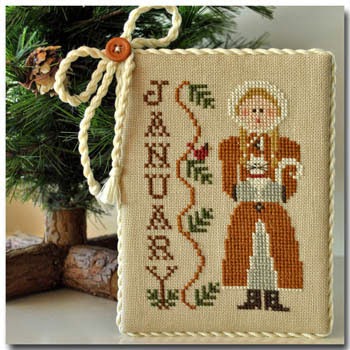 So my latest, OMG why didn't I join that yearly group?
Calendar Girls from Little House Needleworks
Aren't they coming in so cute (one per month this year released): 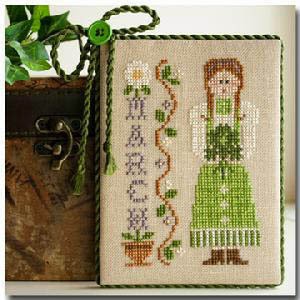 I mean come on so cute!?
But alas... unnecessary for me. So I will drool and be unable to explain why.

To share my vision; I might actually drop the months but use the vines between the girl and the months, then put the girls on one row side by side... can you see it? I can.

Seeing as how I haven't really stitched much in a long while I really don't need NEW things. And I want to start Turrets after Counting Bats. (which I'd share a pic of but it's pathetic like 20 stitches since you last saw it). And the ever needing to be worked on Dragons calls me (it says you're only 3.5 pages away from done).

However, the store is slowing down (sad for income but good for stitching time); so later this month, or even this coming weekend  might be some good stitching time coming my way.

Alright everyone... I hope you are all doing well and beating the "SMarch" blues (if you get that reference then yeah, if you don't that's okay it's just from a  silly cartoon with yellow people).

Stitch away and know that spring is on it's way. For many of you long before it will be for me!
Posted by Mel at 8:23 PM 14 comments:

Well the splurge weekend in February probably saved me from going over budget. I just got my market purchases in the mail this past week and cannot wait to start Turrets!! I've not been dying to stitch a piece in a long time like this. I know it's because of the personal connection both DH and myself feel we have to it. However I've decided to finish up my Halloween Just Nan UFO first.

Now why don't I have any stitching pictures?
Well that is because February as the largest sales month of all time for my little Etsy store. And I've been sooo busy making a ton of bracelets. This first week of March has proven to be no slower. But I've confident I'll stitch soon. I am starting to miss it! (which is just sad, lol). 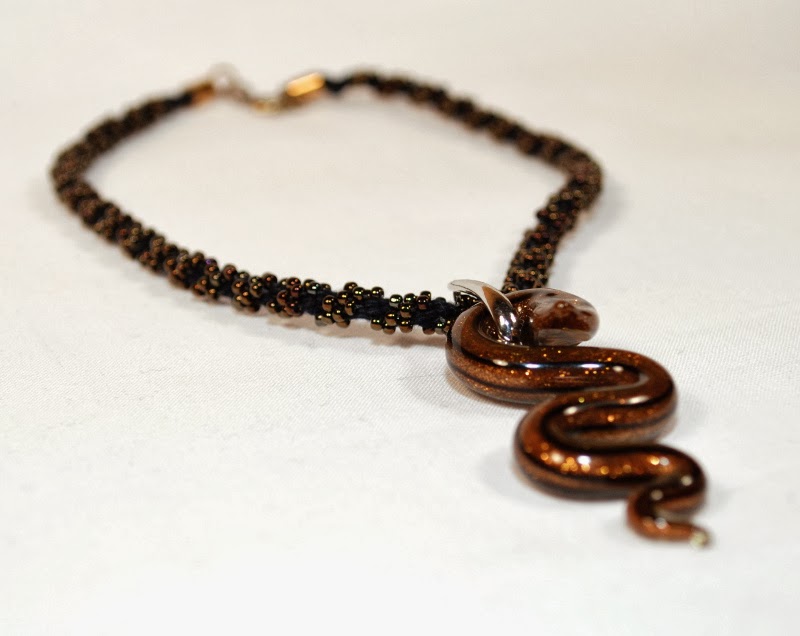 In the meantime though I've been waiting a long time to release a really beautiful necklace and pendant combination. I have 15 of these handmade glass pendants, and can make the choker without the pendant of course. So in the spirit of having a photo here she be. :)


What did I actually spend in Feb?
Well since I used all of my $100 exemption from market weekend I had $0.74 of overage. I didn't buy anything else! I keep loosing on ebay auctions, lol. It's kind of on purpose.

There will be no exemptions or special event in March to help me though, and I find March to be the worst, saddest, most frustrating month of the year. So I feel like this is really the moment of "challenge on".
Hope you are all hanging on out there and know that I too struggle constantly.
Keep stitching (because I don't have time, lol)!
Posted by Mel at 1:40 AM 5 comments: