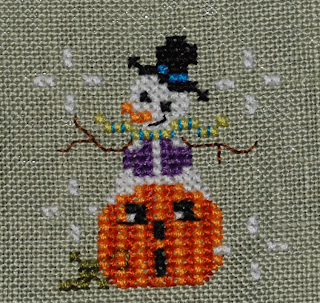 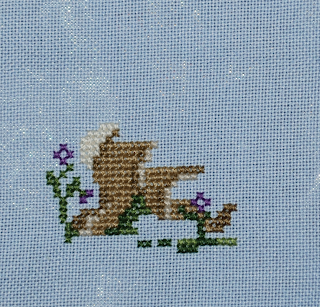 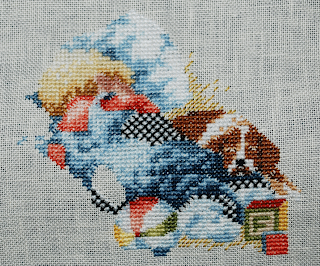 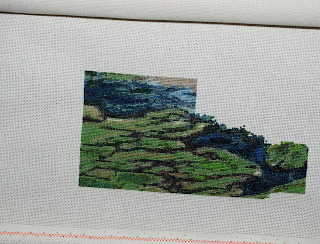 Saturday I am hopefully getting to my local store (haven't been able to get there in months because of snow) so I am excited to pick up supplies for some new projects. Including the Papillion SAL. I think I am going to do this one.
Posted by Mel at 9:05 AM

Great progress! Your Judgement piece is really coming along.
Heidi-ILCS

Your work is beautiful! And nice job on your blog. I know it's confusing to fugure it all out.
Cyndi in So Cal

Lovely stitching! Glad you are giving the stitching another go.
Sadie ILCS x

All your pieces are lovely!
Kelly, ILCS

Beautiful work. Your Just Nan "as good as finished" finish looks great. And all your WIP's look fantastic. Your epic piece is stunning now already

You are doing wonderful on all your pieces!!! I hope you get to the store for those supplies!!! I am glad you are feeling much better too!! Many hugs Nancy Cricket Tucket

epic is well epic, how many pages is it?? Looks like it will take you forever.

Emily the piece is 16 pages if I remember correctly. (yeah I couldn't find a better word for it than epic!)

Thanks to you all for visiting!

Very nice pieces you are working on! Make sure to continue to update your photos, we love to see progress!

Very nice stitching on all your projects. Will watch for updates and finishes.